Donald Trump’s former “attorney,” Michael Cohen, was recently the subject of a blistering sentencing memorandum from federal prosecutors, that claimed “the crimes committed by Cohen were more serious than [he admits] and were marked by a pattern of deception that permeated his professional life.”

Before Cohen graduated from one of America’s worst law schools, his professional life included earning millions of dollars from taxi medallions that were managed by Evgeny Friedman, an confessed felon who has been a cooperating witness against Cohen in a bid to reduce his own jail time.

Michael Cohen once owned part of a floating casino that would take passengers three miles off the coast of Florida, into international waters where they were outside the jurisdiction of U.S. law. The business ultimately collapsed, leaving behind dozens of lawsuits relating to unpaid bills, paychecks and liabilities to injured customers.

Michael Cohen owned a share of El Caribe Country Club, a social club that served as the headquarters for the Russian mafia in New York under two crime lords.

RAGEPATH suspects we still have much to learn from federal prosecutors about the shady business dealings of Michael Cohen.

Donald Trump’s first wife, Ivana, reported that Trump’s cousin John Walter would click his heels and say “Heil Hitler” whenever visiting Trump in his office. Ivana was a high-ranking executive at the Trump Organization during the couple’s marriage, managing one of the Atlantic City casinos and later the Plaza Hotel.

Although Fred Trump was born in New Jersey, family members say he felt compelled to hide his German background because most of his tenants were Jewish. “After the war, he thought that Jews would never rent from him if they knew his lineage,” Ivana reportedly said. Certainly, Fred Trump’s camouflage could easily convey to a child the impression that in business anything goes. When I asked Donald Trump about this, he was evasive: “Actually, it was very difficult. My father was not German; my father’s parents were German . . . Swedish, and really sort of all over Europe . . . and I was even thinking in the second edition of putting more emphasis on other places because I was getting so many letters from Sweden: Would I come over and speak to Parliament? Would I come meet with the president?”

Donald Trump appears to take aspects of his German background seriously. John Walter works for the Trump Organization, and when he visits Donald in his office, Ivana told a friend, he clicks his heels and says, “Heil Hitler,” possibly as a family joke.

Donald Trump has denied knowing Robert Libutti, but there is video tape (there’s always a tape) of Trump and Libutti attending the World Wrestling Federation’s 1988 Wrestlemania together. One of Trump’s casinos was once fined $200,000 for pulling black and female employees off the floor at LiButti’s request.  Casino regulators banned LiButti from gambling anywhere in New Jersey because of his close ties to infamous crime lord John Gotti. (Incidentally, Gotti and Trump attended the same prep school).

A newly uncovered video appears to contradict Donald Trump’s claim that he never knew a high-stakes gambler who was banned from New Jersey casinos for alleged ties to organized crime. The reputed mob figure, Robert LiButti, can be seen standing alongside Trump in the front row of a 1988 “WrestleMania” match in Atlantic City, N.J. LiButti wasn’t there by accident, according to his daughter, Edith Creamer, who also attended the event. “We were his guests,” she told Yahoo News in a text message this week. […]

The video appears to lend new support to assertions Trump once had close relations with LiButti, who was banned from the state’s casinos in 1991 because of his ties to Mafia boss John Gotti, then the chief of the Gambino crime syndicate. Separately, the New Jersey Casino Control Commission that same year levied $650,000 in fines against the Trump Plaza hotel over its dealings with LiButti, who gambled huge sums at the hotel’s casino. LiButti died in 2014.

The video could raise fresh questions about two separate investigations by casino regulators that led to the huge fines levied in 1991. In one of those cases, Trump’s hotel was fined $200,000 for violating state anti-discrimination laws. Investigators found that the casino accommodated LiButti’s demand — couched in what one state official described as the “vilest” language, including racial and obscene slurs — that blacks and women be kept away from him at the gambling tables. Trump was never questioned as part of the state’s investigation, files reviewed by Yahoo News show. 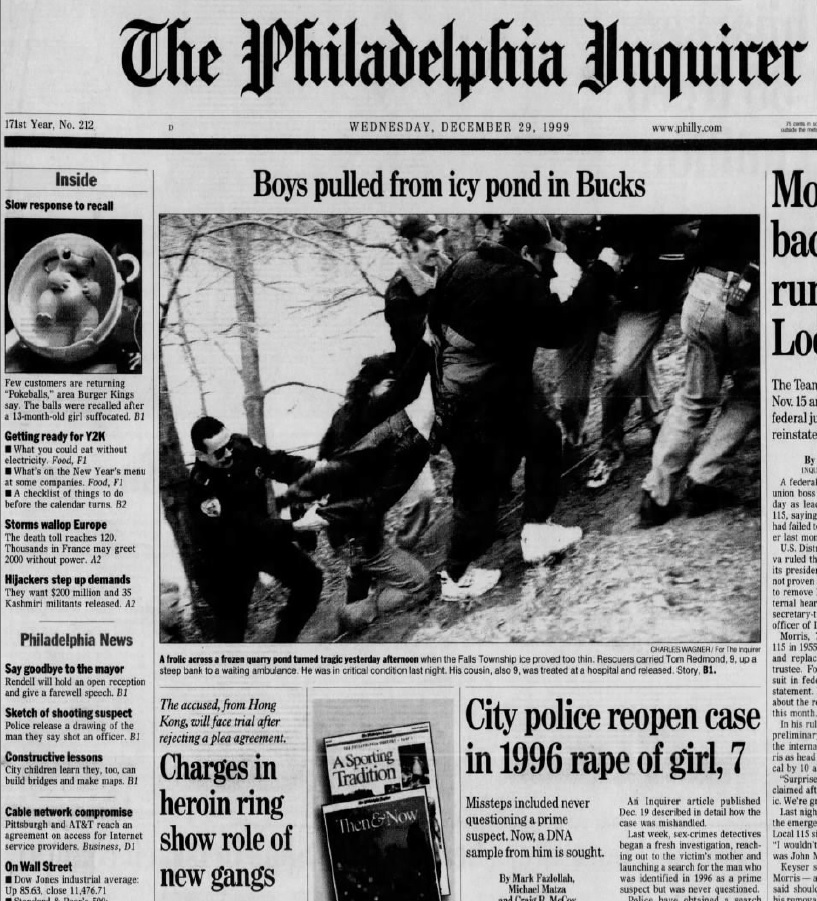 The allegation that Donald Trump kept a copy of Hitler’s speeches in a cabinet beside his bed was first made by Ivana Trump. When Marie Brenner of Vanity Fair asked about the book, Trump grew defensive but notably did not deny that he did in fact own a book written by Hitler. Trump claimed that the book was Mein Kampf and had been given to him by a Jewish friend. But his friend Marty Davis admitted giving Trump a book of speeches by Hitler called My New Order and denied that he was Jewish.

Last April, perhaps in a surge of Czech nationalism, Ivana Trump told her lawyer Michael Kennedy that from time to time her husband reads a book of Hitler’s collected speeches, My New Order, which he keeps in a cabinet by his bed. Kennedy now guards a copy of My New Order in a closet at his office, as if it were a grenade. Hitler’s speeches, from his earliest days up through the Phony War of 1939, reveal his extraordinary ability as a master propagandist.

“Did your cousin John give you the Hitler speeches?” I asked Trump.

Trump hesitated. “Who told you that?”

“Actually, it was my friend Marty Davis from Paramount who gave me a copy of Mein Kampf, and he’s a Jew.” (“I did give him a book about Hitler,” Marty Davis said. “But it was My New Order, Hitler’s speeches, not Mein Kampf. I thought he would find it interesting. I am his friend, but I’m not Jewish.”)

Later, Trump returned to this subject. “If I had these speeches, and I am not saying that I do, I would never read them.”

The video below is the final conclusion to our introductory explainer on money laundering. We deal specifically with how you, as a citizen, can spot money laundering that may be going on around you. With a little caution and common sense, we can connect dots that prosecutors and journalists can’t.

The video below is the fourth part of our video explainer series on money laundering. We discuss “integration,” the last step of the process where criminals finally get to collect their laundered cash.

The video below is the third segment in our explanation of money laundering. We discuss the “layering” phase, where crooks try to throw investigators off their trail by moving their money around the world and back in a series of bogus transactions.

Below is the second part of our video explainer series on money laundering. We look in greater detail at the first step of the money laundering process, “placement.” Basically, this is how criminal first get their money from a crime scene into a bank:

Here at RAGEPATH, we’ve learned that there’s a mismatch between people’s interest in money laundering and the information available to understand it clearly. So, we’ve worked pretty hard to put together the following video explainer, aimed at giving you basic literacy about what money laundering is, how people do it, and why it’s a crime.

Our thanks to the following, who helped produce these videos:

Producer/Post Production by S.D.
Production Coordination by J.C.
Music Direction and Original Music by David R.
Camera by Chris R.
Gaffer by Luka M.
Written and Presented by Geoff A.
Logo and Typography by Volunteers
Project Management by S.A.